Sound To Stay Empowered: Self Defense for Women 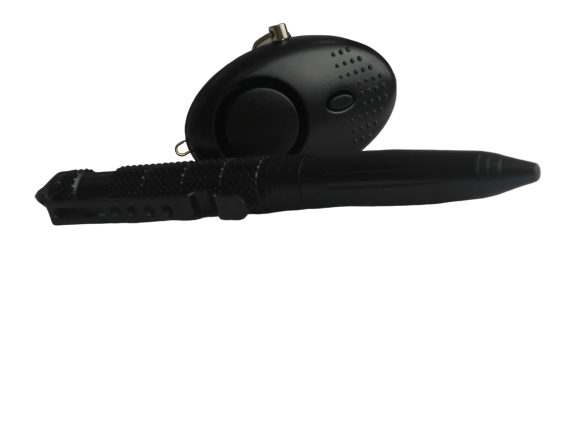 17 Dec Sound To Stay Empowered: Self Defense for Women

Posted at 16:02h in Self Defence by angelguard 0 Comments
0 Likes

There are ways you can stop an attack. You don’t need a black belt. Although, knowing some defense moves can help to save your life. But if you haven’t gotten that far, then there are other options to stay protected.Women’s self defense moves allows you to fight or take flight so you prevent an attack from occurring.

How Sound Works in Self Defense

The story in this video is one that impacted me deeply. It contributed to Angel Guard Fashion and our decision to add sirens as a central defense mechanism.

This particular story (for those that didn’t watch the above) took place in the middle of the day outside a crowded cafe when a man was manhandling a woman.

No one knew what was happening. Until she smacked the man so hard that everyone had to look her way.

That gave her just enough for everyone to realise… unless she did something she was going to be raped. My friend and I broke up the two and the man took off one way and she went the other.

The sound alone gave her exactly what she needed to get help. We knew that something wasn’t right and were able to see her struggle instead of thinking that they were a couple that was together.

Sound and Women’s Self Defense

Why did this particular mechanism work?

The obvious answer is that the women’s self defense mechanism used grabbed our attention. The community was able to see that something was wrong. We were then able to act and react to gang up against the attacker.

If anyone is in a community, always recognise when someone needs help and come to their aid. Sometimes, it is a matter of able individuals that stop an attack from happening.

There is another mechanism with sound that is important. There is a reason why someone who knows self defense will yell as they are moving in on an opponent.

Sound deters an attacker. When someone starts to move toward you, they have a predator mind – focused on getting a certain goal and making physical moves.

When you use sound, it shakes up the forcefield that an attacker is using. It causes them to lose concentration of what they are trying to do. More important, it adds another layer to their senses. While they are thinking about physical movement, you are causing them to draw their attention toward sound instead.

It’s a powerful tool that can keep working in your favour during an attack.

How to Use Sound to Stay Empowered There are so many tools available for women’s self defense to help someone to stay empowered and to deter an attack.

The Angel Guard Fashion halo belts all come with a siren that you can react to quickly. Simply pull out a pin and it starts an alarm at 168 db.

Trust me – it’s loud. And it grabs attention.

If you can scream as a faster deterrent – be as loud as you can. Many predators will know to cover someone’s mouth if they start doing this so sound quickly and loud to make sure someone knows you need help.

Any smack, thump or an upset through sound will help you in case of an attack. You will find that there are continuous approaches you can use that change just one moment.

Why Every Moment Matters

The story that I share about the woman who was being attacked was a great example of how she used one moment and opportunity to reverse the issue.

The man who was handling her was following her first. And she was trying to get away. And when he was handling her, it wasn’t for 10 seconds. It was for a few minutes. But she didn’t have the opportunity to grab attention or fight her way out of the situation.

She used one weak point while she was struggling to use sound and grab attention.

This is an example of how anyone who may be attacked should never stop fighting – never stop trying – and use strategic moves to make sure you get away from the attacker.

This is how you stay empowered. Look for those moments where you have a chance to fight or go into flight. And use those moments to reverse the situation.